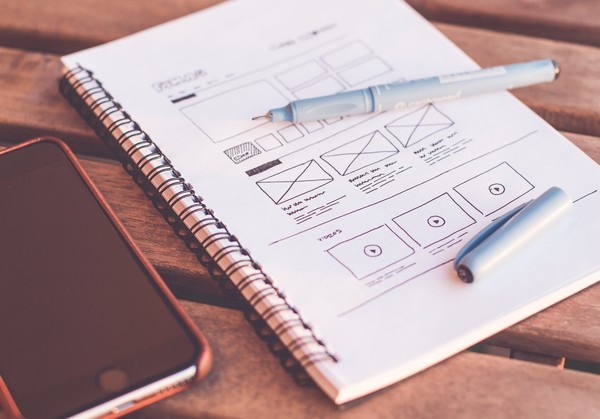 Why Design is as Important as Features

We’ve come a long way from the days when most work was still done by hand. Ever since computers became relatively affordable, they have snuck into the offices of virtually every company in the world. We were promised time savings, infinite productivity and much smarter ways of working.

We’ve come a long way from the days when most work was still done by hand. Ever since computers became relatively affordable, they have snuck into the offices of virtually every company in the world. We were promised time savings, infinite productivity and much smarter ways of working.

Unfortunately, the reality turned out a bit different.

Lots of companies don’t realize that the programs their employees have to work with are either incredibly old or extremely bad designed. This is especially the case for businesses with a large number of employees and a multinational footprint, as these often have a penchant for innovating slowly and always staying a couple of steps behind. However, improving this situation can have a tremendous impact on the productivity and profitability of their team — if they’re willing to make an investment, at least.

Airlines were among the first companies to make the leap into the digital age. There were loads of reasons why it made sense to do so — for example, large amounts of passenger and flight data could be streamlined and ticket sales by travel agents could be automated. Even without the internet, these things greatly improved the working experience for employees.

But fast forward to the present and you’ll see that most people are still using the same systems — some of which were built decades ago, and didn’t receive many updates since. French aviation company Airbus was one of the companies that were tied up in the cobwebs of their old IT infrastructure, and recently realized it was time to do something about it.

In an interview with The Register, the company’s chief information officer explains that they didn’t switch software suppliers to cut costs, but just because it looked and worked much better. Airbus, that had always relied heavily on a combination of Microsoft’s old-school Office suite and email, wanted to transform the way information was created, distributed and shared across the board. The ultimate goal was to build products and get them to market faster. To achieve all this, all 130,000 people in the organization will be moved over to Google’s G Suite over the course of 18 months.

Design shouldn’t be an afterthought

Microsoft Office is by no means a bad set of tools — it has very powerful features for enterprises — but Airbus made the decision to switch because Google’s offering was much easier to use, had a friendlier learning curve and was generally more appealing to the eye. While it’s too early to tell if the switch had the desired results, there’s lots of evidence that supports the case for better-designed software.

The wants and needs of users have changed a lot since the advent of the digitized office, and with them the possibilities of new technologies. More importantly, innovation in consumer hardware and software hasn’t experienced a standstill — quite the opposite. Products like Apple’s iPhone and Google’s Gmail have been meticulously designed to create an optimal experience for the end user. But for internal tools it doesn’t matter if they work well or are constantly improved, as its users have no other choice than to use them — or get a different job.

People are used to using well-designed products in their everyday life, and when they’re asked to work with badly designed software their productivity expectedly plummets. They’ll also feel less happy doing their work, as it takes much longer to finish tasks because they’re constantly fighting with the software.

Young people often expect their employer to provide them with modern tools to do their job. They don’t want email and Word, they want Slack and Google Docs — and even though their employers might not know it yet, it also makes sense for them.

There’s a lot that these businesses can learn from a company like AirBNB, which has always invested heavily into the design of their products. They haven’t just created the world’s leading marketplace for home rentals — they did it while maintaining a high design sensibility. All user interactions make sense, are efficient and can sometimes even be fun. It’s a powerful system, but it’s designed in a way so anyone can work with it — both hosts and guests alike. That’s part of why millions of people use it on a daily basis — because it works extremely well.

This also translates into the workplace. Employers just need to get to terms with the fact that they won’t be rewarded with more users — instead, they’re getting more productive employees.

At Xpenditure, we always create our tools with you in mind — that’s why they work and look great. Try it for yourself and get access to our free trial today.

Working in Harmony: Creating a Technology Stack For Your Finance Team

The #1 guide to create a technology stack fit for your finance team.