How Brussels Airlines Made its Expense Management Easier 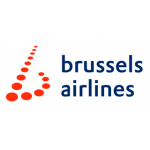 The expense management of Brussels Airlines is complex. Not in the least because the company has representatives all over the world. In order to arrange the paperwork in an efficient way, the airline joined forces with Rydoo.

It shouldn’t be surprising that Brussels Airlines decided to rely on one of Belgium’s most successful tech companies. “We try to promote the best of Belgium,” says Jan De Raeymaeker, former CFO at Brussels Airlines. But it’s more than only a small Belgian clique. At Brussels Airlines the time had come for an up-to-date tool, says Jan Derycke, VP finance accounting. “For a long time we processed the expenses manually. With this app you only have to take a picture of your receipts.” The Rydoo Expense app works not only on mobile phones but also via a browser, and it reads and selects automatically the most important information on the receipt. “In this way, you can submit your expenses in only a couple of minutes time. Our employees appreciate that very much. They don’t need to keep all their receipts and they can count on a faster process and faster reimbursements of their expenses,” says Derycke

This move is part of a broader project for digitization, says De Raeymaeker: “We want to make the financial department paperless. For example we now receive all the invoices digitally. That makes all the business flows within the company easier. As a result, management and sales people can deal with their core tasks instead of administration.” “We want our employees to work as efficiently as possible,” says De Raeymaeker. “We try to limit as much of the manual work as possible, in order to save time, but also in order to make the job as interesting as possible. We want to attract good people and we want to keep them. If you give people repetitive work, they often won’t stay long and they will lose motivation. We want to keep things interesting. We want to challenge our people.”

For a long time we processed expenses manually. With Rydoo, all you need is to take a picture of your receipts.

The journey of a receipt

Wim Derkinderen, CCO of Rydoo noticed that at a lot of companies the expense flow causes a huge amount administration work. “You can simply solve that problem with innovative technology,” says Derkinderen. “We started to automate the whole process. We started to track the journey a vat receipt makes within a company. We wanted to know what the best process is, in order to simplify each and every step.” The final result is a big timesaver, he tells us. “An employee used to wait four to eight weeks between submitting the expenses and getting refunded. The unique feature of our system is that you get approved on the level of each receipt. Before, the employee had to put all the receipts together. At the end of each month he made a whole file of his receipts, and when one or two were disapproved he had to start all over again. We now work on the basis of each cost you make. You have lunch, and you immediately forward the receipt.”

“The speed is a big advantage not only for the company, but also for the employees”, says Derkinderen. “Employees no longer have to hand in their physical receipts. Nobody likes to do that. But also for them it goes faster. Some employees travel a lot, and they spend thousands of euros. It’s not logical they have to wait weeks before they get reimbursed.” De Raeymaeker sees a similar situation at Brussels Airlines. “The changes are well received,” he says. “High acceptability is crucial for technologies like SaaS,” Derkinderen says. “Before, these kinds of projects took an extremely long time, but our transition to Rydoo was fast. It was plug-andplay.

Also the accountants can work faster, because the system has built-in automatic check-ups of the expenses policy. “For example, we set alarms on violations of the company policy,” says Derkinderen. “You can spend a certain amount of money in a restaurant and if you spend more, then the system will indicate that.” These kinds of compliance rules offer an added advantage for Brussels Airlines. “We started to notice that people don’t always follow the rules,” says De Raeymaeker. “If employees have lunch with someone, they have to mention that: who, where, when, etc. The digitization makes people follow the rules, and we can control the expenses in a better way.