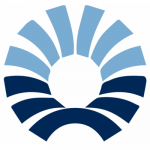 Romain Benoist, CFO at Pernod Ricard Western Europe, made it his mission to solve the issues related to expense management as he had no global view on the real-time spending of employees and could feel that the approval process was getting very loose.

He was determined to take back control of the company spending and streamline the process for employees and nance teams to reduce the time spent doing expenses and bring transparency and visibility to the process. From a finance perspective, the main challenge was to gather all the information at the right time to be able to process it and reimburse people in a timely manner.

Another critical point was the handling of corporate credit cards. “We had a very poor checking of credit card expenses and an extremely limited control.”

While it’s easier for employees to have a corporate credit card for their expenses, they often failed to give sufficient information about the spending. The finance teams needed to rely on the statements and emails approvals to validate the expenses.

On the other hand, employees were not happy either, the manual process was becoming a burden – people were still stapling and using pen and paper to le their expenses. “Some people spent 30 min every end of day doing their expenses!”

It was very time consuming and there were a lot of mistakes in the reporting. The possibility to check statements was limited, so we had a hard time getting a clear overview of expenses.

Romain looked at several solutions to help them manage and streamline their expenses. He had two priorities: Giving people a mobile platform that would be easy to use and making sure to reduce manual inputs for the finance teams.

“We asked ourselves several questions: how to have real-time view on what is spent, how to minimise double input, how can we streamline our complex processes, especially with German Per diems …”

To put it in Romain’s words, they went for the “new generation tool” . One that Pernod Ricard can keep using in the future and that won’t become obsolete in a few years. We wanted to implement a cloud-based solution that would keep evolving with time.

For Pernod Ricard it was important that the tool they introduced was simple and easy to use. With users always on the go, they needed to make sure that the training is minimal or not mandatory. “I think the tool is very well done: very clean, very neat, easy to handle and intuitive.”

The real-time approach of Rydoo was a huge play in the decision. By allowing users to do their expense anywhere and having the possibility to oversee all the activities and spending, the nance department was able to get more insights and visibility on what is being spent and anticipate the movement in treasury. “We wanted to keep it simple so that anyone can use it.”

It goes without saying that one of the main objectives for Pernod Ricard was to reduce to a minimum the manual work involved in the expense process. Not only for employees but also for the finance department.

It was mandatory that the tool chosen would integrate seamlessly with their ERP system to avoid double entries. The approved expenses in Rydoo would be sent automatically to JD Edwards. “The integration was quick, pragmatic and easy.“

For the Expensers, not only did it reduce the amount of paper used every day but it completely revolutionised the way they do their expenses. Everything is done now via smartphone by simply taking a picture of the receipts and letting the OCR (optical character recognition) do his job. “The OCR really has a Wow effect.”

When Romain’s team broke the news that a new software was going to be implemented to update our expense process, employees were really enthusiastic.

To make sure the introduction was seamless, several creative and innovative steps were taken, they started with a teaser to get people excited and then the official launch and a few weeks later reminder email to the teams. People starting using the device very quickly and it became a part of their daily work life.

As Romain said: for the clever ones who really do their expenses in real-time, it’s saves an incredible amount of time. “You should not underestimate the impact on people as 90% of the company will be affected by it.” Also, Rydoo speeded up the processing time so employees are now receiving their money faster which makes them obviously more satisfied “The general feedback from employees was very positive.”

This is the third blog of our four-parts series about modernising your expense management processes.

Why you should rethink the way you’re tracking expenses

It doesn’t matter if you’re running a business, working a full-time job or navigating freelance life — everyone has to deal with expenses at some point. It’s a fact of life for anyone who wants to make sure their purchases are properly reimbursed by their employer or made tax deductible.

When “Convivialité” Rhymes With Digitization and Ease of Use