It’s past time to start discussing internal compliance. Having an efficient management mechanism for company expenses is critical, and if you don’t, your firm may be losing money quickly.

Most finance team members would probably say that they add the most value by working on business analysis or partnering with operational departments within the company.

The problem is that this means controls and compliance often get pushed to the end of the queue for attention – with disastrous results.

In fact, the Global Payroll Association estimates that expenses fraud could be costing UK businesses up to £2bn per year, and with one in ten UK employees admitting that they fiddle their expenses “all the time” it is not a difficult statistic to believe.

Rydoo’s recent research report has revealed that France is the worst offender in terms of violations of travel & expense policy for the second year in a row – not surprisingly they are also the country most likely to have a fully digitised expense management process. Some may say that this is a case of French companies acknowledging that they have a problem and keeping a closer eye on what their employees are expensing.

But it is not just about the cash. Having a lax attitude to expense reporting often manifests itself in other ways and so in this article, we’re looking at the importance of internal compliance and how you can deal with the issue.

Why do people commit expenses fraud?

There are indeed people who just make mistakes when they are claiming expenses, it can happen, we’re all human, it’s an honest mistake. It’s when these things happen systematically or more often than would normally be classified as a mistake, that checks need to be in place to pick up on it. Unfortunately, there are more attempts at corporate fraud than mistakes when it comes to expense management.

Many people see submitting incorrect expenses claims as a low-level misdemeanor almost on a par with a parking offense.

But the truth is that knowingly submitting a false expense claim is theft, plain and simple.

So why do people steal money in this way?

Everyone is doing it

These people justify theft by saying that everyone is swindling their company and often this attitude is borne out by people in management positions doing exactly the same thing!

But just because other people are effectively committing a crime doesn’t mean that everyone should.

This person sees that there are no controls in place and so simply starts padding their expenses claims to see what happens. AccountingWeb reports that 81% of people say they have never had a claim challenged or denied so you can see why this occurs.

This person will often bear a grudge against the company for a perceived (real or imaginary) slight and will try to get their own back by committing fraud, often for as much money as they can get away with.

Often people with personal problems only see a way out by taking money from their employer. Typically, when they are not challenged the amounts get bigger and bigger until they get out of hand.

People will claim that they are allowed to take a little bit extra because they have worked long hours, done extra days or taken on more responsibility. Often these will be people in senior positions who really should know better. 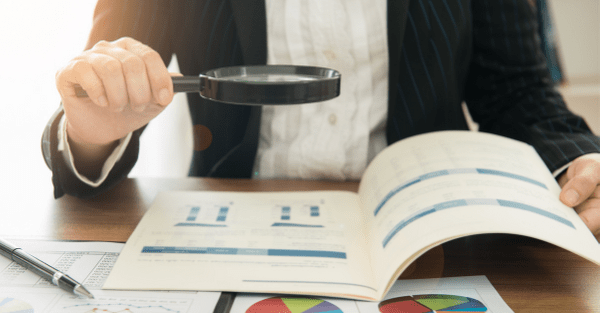 Why you need better controls

The case is clear; if people are stealing money from your business then you have a duty to make sure that stops.

Businesses are run for the benefit of the shareholders and directors have a duty to ensure that they have sufficient control over the funds of the company.

In the not-for-profit sector, charities are often funded by a mixture of public and private donations and the trustees have a moral and legal duty to ensure that cash is used for the purposes for which it was intended.

But the need for internal controls goes much deeper than simply controlling cash.

A company culture that tolerates expenses fraud is likely to see itself opened up to other types of theft including employees who take goods for their own use and directors who play fast and loose with the business’ assets.

It is also important to appreciate that companies that have a lax attitude towards the accuracy of their expenses reporting are also likely to have problems in other areas of financial reporting meaning that the CFO opens themselves up to the possibility of a qualified audit report.

This all comes down to culture and if your company is sending signals that it is OK to get away with expenses fraud then it is no surprise if some dishonest people look to take advantage in other ways.

How you can minimise expenses fraud

The first step towards getting control of your expenses process is to set up a clear and unambiguous expenses policy.

The policy needs to be in plain language so that everyone can understand and it needs to make it clear that padding expenses claims are not OK.

You also need to ensure that you have expenses fraud listed as an act of gross misconduct in your company disciplinary policy otherwise you won’t always be able to take action when you do find instances.

When you have a clear expenses policy it is important to make sure it is communicated to all employees and that they can find a copy whenever they need it.

Next, put in place a method of checking expenses claims. Admittedly this may end up being a manual process (although we have a solution for that), but it is important that people see that claims are being checked and will be challenged where necessary.

Finally, make sure that you have line manager approval for employee expenses. Managers are much closer to the employees and will have better oversight of what they have been doing and what they can legitimately claim for.

What are the best ways to define your policy? What automatic checks can be put in place to decrease the amount of non-compliant claims? Get all these answers in our ebook.

We’ve produced an extensive guide to the subject in our ebook “The Importance of Expense Compliance”.

It covers the compliance subject in detail, looks at the four elements of expense compliance, the rules in the UK, and an instructive case study. The ebook is available for free – download it here.

The ebook is also available in French, Spanish and Portuguese, with data relevant for France, Spain and Brazil accordingly.

Get a comprehensive view of how a digital expense solution alleviates a lot of the (non-)compliancy issues.

Ensuring that people comply with your expenses policy can be a time-consuming process if you do it manually but by leveraging the power of technology you can simplify the process immensely.

Rydoo was specially developed to help companies easily manage the expenses process and allows you to build in your own rules so that they are enforced automatically, leaving your finance staff to get on with their day jobs.

If you’d like to find out more, book a free demo and let us show you how we can save you time and money.

It is high time to master expense compliance. 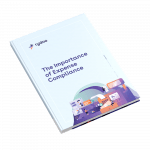 The market for budget travelers is large, but it’s also extremely competitive, with lots of price fighters trying to sell their seats. This race is now driving some of these companies to experiment with a new kind of strategy — making their flights attractive to business customers.

Before & After Rydoo: Based on a true story

Thanks to our customers’ success stories we discovered how different their expense management process is now thanks to Rydoo.