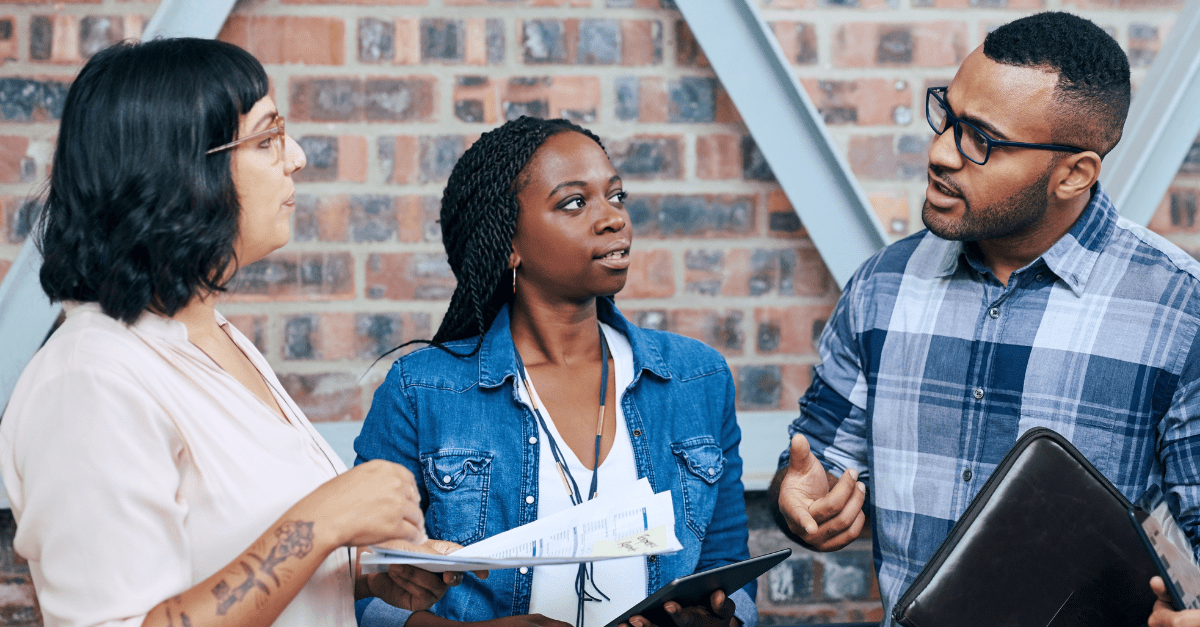 We decided to totally redesign our mobile app in Flutter in 2019. Now that everything is falling into place, and it’s only been a few months since we started working on this project last summer (wow! ), let me walk you through how everything came together so far, as well as the advantages Flutter has over Xamarin for developing apps across multiple platforms like iOS or Android devices.

The issues we were facing

There is a lot of competition in the travel & expense management software segment. At Rydoo, it is our mission to be amongst the absolute best in this market segment. In our team, we’ve always understood that speed of iteration is extremely important if we want to bring our users the best experience possible and keep up with the top.

Soon enough, the team and I felt we were in a situation where we couldn’t iterate fast enough. As an example, delivering a sizable feature could take two months or more to be available for our customers. This observation led us to halt for a moment, to evaluate what we were doing, and to look at the issues that were keeping us from achieving a faster iteration process. We concluded that there were a number of problems:

Looking at all the above-mentioned issues we knew that something needed to happen. We started looking at the possible technologies out there and how each of them could address our problems. We mainly looked at Xamarin, React Native and Flutter.

To get a general idea on people’s interests or on how many people are using a specific technology, Stack Overflow Trends or Google Trends can give you good insights. Our suspicions were proven to be correct according to these tools: Xamarin was rather on the downfall, while technologies like React-Native and Flutter seemed to have overall more active communities. 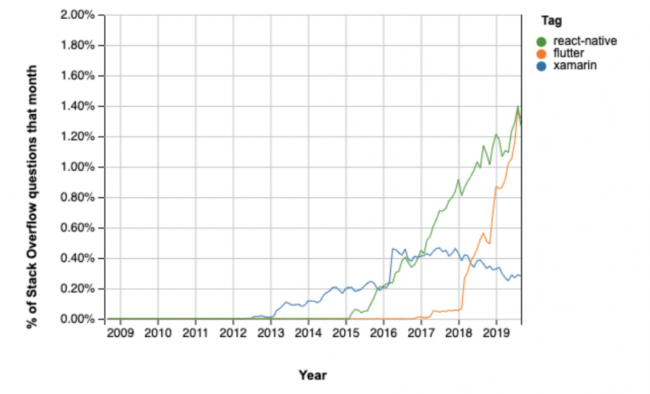 Popularity should of course not be the only criteria in choosing a technology. However, an active community does bring a lot of value in the form of third-party packages, open-source contributions, and support. In times when you find yourself stuck crushing that bug or finding how to make that specific feature work for you, you will praise yourself as lucky that you can count on the community.

So we decided that Xamarin was a “no go” and started taking a closer look at Flutter and React-Native. The choice between these two technologies is in fact a choice that is very dependent on the circumstances of your team and company. Opting for React-Native, which our designers advocated for, would be the best thing to do if you have a team that is familiar with web technologies. However, as our team was rather a team of C# and Xamarin developers, we were rather looking at Flutter, and just loved the type of safety that Dart could offer us.

React-native doesn’t offer this benefit and, to be fair, the tooling that comes with Flutter is just amazing. So the decision was made. We believed that every single issue we were having before would now be answered by switching to Flutter.

Download your #1 guide to create a technology stack fit for your finance team.

How Flutter solves our problems

Flutter’s Hot reload functionality allows us to experiment and test our changes almost instantly. Building for 10 minutes or more is officially a thing of the past. Saving the performed changes and seeing them appear on the emulator in a matter of milliseconds feels like magic when you experience it for the first time. (It also makes you think how incredibly spoiled web developers always have been). This is incredibly useful when trying to fix that bug or getting that UI component pixel perfect according to the design specs.

In general, providing quality has become a much easier task as developers tend to go that extra mile a lot more easily. Waiting minutes for a change to be visible just isn’t very motivating.

Being able to get that rapid feedback to a developer on whether his changes impacted another part of the app is incredibly valuable. Traditionally, we were speaking of days to get feedback. Next to unit testing, we’d get extra feedback from daily UI test runs, manual regression testing, etc.

These tests run on the Dart VM which doesn’t require us to target and deploy the app to an emulator or a physical device. This allows the developer to get immediate feedback on his local machine or from the CI pipeline without having to wait for manual QA testing or the daily UI testing run.

All of this means less time spent on manual testing and regression testing, while also reducing the amounts of cycles between QA and development.

Being able to write your UI once and run them on both iOS and Android is a serious time saver. The widget libraries that are already present are extremely customisable and allowed us to easily implement our own component library.

Implementing this component library has proven to be very useful and has been far more effective than what we were doing with Xamarin. Instead of saving us time it was actually costing us time.

Verifying designs has been a lot easier for our design team, with the out-of-the-box Flutter inspector. In general, we can say that the work that reaches this stage is already of a different level of quality than what we were used to with Xamarin.

When we eventually decided that Flutter was the way to go for us, we got the rare opportunity to start from scratch. There was no gradual move possible so a complete rewrite was needed.

When the first functionalities to be developed were documented and the first designs were finalised, we started by defining an architecture and a testing strategy. With respect to the architecture, the following few concepts were particularly important to us:

In conclusion, all of this has led to an architecture that we feel is future-proof. We should be flexible enough for changes that are out of our control as we are able to adapt both to changes in design and backend, while the testable nature of the architecture allows us to keep existing features working while adding new ones.

Learn more about our expense management

Our first experiences after a few months of coding with flutter.

As we are launching the new mobile expense app, we couldn’t be happier with the results. The app looks great, it is a lot more user-friendly and the performance is overshadowing our current app. While our app got bigger over the last months during development, the performance remained excellent, which I think is a huge achievement when we compare it to our previous app.

The development experience did not disappoint. Although initial build times are still quite large, the hot reload makes up for it. The debugging tools and IDE support only got better as a multitude of updates were pushed to the flutter’s stable channel. For us, this is a testimony to the Flutter team’s effort and ability to keep evolving and improving Flutter. While these updates might break a few things once in a while, the fix was often not very hard to find because of the great documentation that flutters offer. On a few occasions, an update broke our CI builds, however most of the time a fix is found quickly because of the large community that Flutter has to offer.

Today the team and I are happy to have taken the Flutter path towards a simpler, faster, and overall more performant app. Let us know what you think about it!

Learn more about our scanning technology 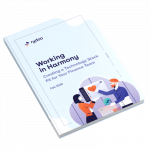 How to use Rydoo Insights to make better decisions?

I’m going to walk you through 4 different ways you can use Rydoo Insights to have more control about what your company is spending on T&E.