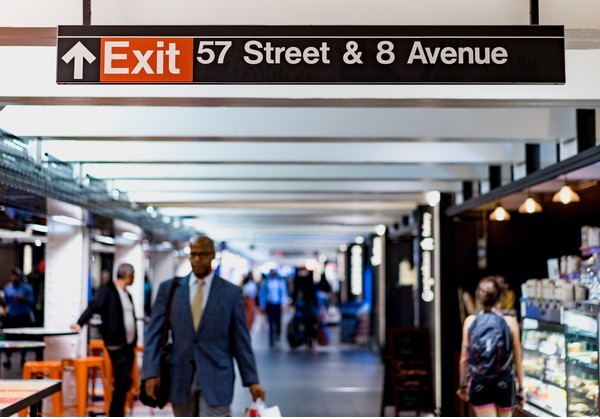 Right as the Holiday season is about to begin, everyone’s favorite shopping day — Black Friday — is approaching. From its humble origins as a day with a few of decent deals, the day has since evolved into a shopping extravaganza both online and offline.

But while most purchases are done by people who worked hard and took their time to save up, some people take a less respectable route — trying to sneak in some stuff on the company credit card. In fact, on a yearly basis companies lose 7 percent of their annual expenditure to fraud, with recent numbers showing that it’s globally raking up over £3 trillion in money lost — for context, that’s the combined GDP of the UK and Italy.

The issue has become impossible to ignore, and it’s important for every business to keep an eye out for fraudulent behavior by their employees. Therefore it’s vital that you know why it happens, how you can recognise it, and which tools you can use to combat it — so that’s exactly what we’ll be looking at in this article.

Not everyone in your organization might have access to a corporate credit card, but the higher up you look, the more people can spend company money. With great power comes great responsibility, but unfortunately, not everyone is as diligent in their spending as they should be.

There are lots of reasons for people to mess with their expenses, and some are more nefarious than others. As we saw when we created our Unethical Expenses Report, there are some truly bizarre expenses out there — but not all of them might be as obvious as a €13,500 dinner. Generally, fraudulent expenses fall under one of two categories — non-business-related purchases and overcharging.

When looking at an employee’s expenses, there are always some that will have a clear business character. Take for example a taxi ride to or from the airport during a business trip — there’s no reason why that wouldn’t be a relevant expense for the company. Other expenses might need some more explanation, like a big restaurant bill with some expensive drinks — but perhaps the team deserved a celebration, or the dinner was instrumental in signing a new client.

But there’s also a category of expenses that are extremely unlikely to have been made for business reasons. If you come across a large amount spent on something like jewelry, gifts, or an entrance ticket to a theme park, you should ask some serious questions.

Another way to spot fraudulent behavior is by checking the individual list items on the receipts your employee’s hand in. You should always keep in mind that your employees could spend money on approved purchases, but might not stay within the company budgets. Your company policy might allow for dinner, but that doesn’t necessarily mean employees are allowed to crack open a bottle of champagne.

How to prevent expense fraud by your employees

It isn’t easy to pick up on fraudulent expenses – the main reason for this is that employees engaging in this behavior are actively trying to stay unnoticed. Research by the Association of Certified Fraud Examiners shows that only 3 percent of cases didn’t involve any attempts to conceal the fraud — and all of those cases were committed by company owners or executives, meaning it’s hard for them to get caught in the first place.

In the same research paper, more light is shed on the control weaknesses within companies that make it possible for employees to sneak away some cash. Number one on the list is a lack of internal controls — something that’s relatively easy to fix.

Manually keeping track of all expenses to protect your business from fraud isn’t just a lot of work — it could be borderline impossible. The sheer volume of transactions makes it a herculean task to accurately validate everything by hand.

In fact, Rydoo’s recent research report on the State of Expense Management 2022 has revealed that France is the number one offender in terms of violations of travel & expense policy for the second year in a row. Not surprisingly they are also the country most likely to have a fully digitised expense management process, meaning that they know how a fully automated system can help them fight expense fraud.

To make this easier we’ve created Rydoo – the state of art expense management platform that has security built-in. With a suite of powerful features, we’ve made it harder than ever for people to get away with fraudulent expenses.

When you’ve set up the budgets for various departments and marked the people who should be able to accept or reject expense requests, you’re ready to go. If there’s a purchase to make, employees get either a virtual or physical credit card — and both have security as a core feature. If the expense is approved by their manager, they get sent a virtual credit card that holds the exact amount, meaning they can’t overcharge it with anything else.

There might be some people you would like to give a bit more flexibility in their spending, perhaps because they are an executive or have a managerial position. In this case, you can decide to give them a physical credit card that gets loaded with a set amount every month. If there are any purchases to be made beyond this budget, these have to be approved by a manager.

Together with many other great features, Rydoo is the complete solution to fight fraudulent expenses while significantly improving your expense workflow. Get started today!

Time to transform your expense reporting! Here are 5 ways how to 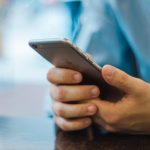 A Travel and Expense Policy is an essential requirement for any company whose employees travel to perform their duties. Without one, a manager would be ‘flying by the seat of his pants’, an English idiom that refers to aviators that fly without using instruments.

Is Your Expenses Policy In Need of a Makeover?

To have your employees following the rules of your expense policy, you have to make sure that the policy follows best practices. These best practices aren’t limited to submitting expenses, but also include approval and reimbursement of expenses.