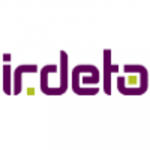 With nearly 50 years of expertise in security, Irdeto’s software security technology and cyber services protect over 5 billion devices and applications for some of the world’s best-known brands.

As the world leader in digital platform security, Irdeto is an innovative and forward thinking company. Yet, some internal processes remained unchallenged and not updated to reflect internally what it represented externally.

Irdeto’s expense management process, though online, was extremely manual. All the expenses had to be entered manually in their ERP system – Microsoft Dynamics. The expense submission could only be done at the office. Receipts needed to  be scanned one by one then entered into Microsoft Dynamics, filling in all information manually.

To stimulate innovation and critical thinking within Irdeto, regular “Hack Days” are hosted for employees to challenge current processes and find new service ideas. During last year’s “Hack Day”, Pierre Fauvel, Financial Controller for Irdeto Americas, volunteered to find and a new solution for their expense processes. He later became the project manager for the global roll out of Rydoo.

A heavy traveller himself, Pierre was regularly frustrated by – in his own words – “the painful and slow process.” Pierre averaged the time spent doing expenses after each trip from 45 min to 1 hour. An unacceptable long process that affects working hours and creates frustrated employees.

We always knew internally that there is something out there that would be better than Microsoft Dynamics to handle our expenses.

Irdeto’s heaviest expensers are away from the office most of the time. All tasks involving login in into Microsoft Dynamics were left to the last minute as a vpn connection was needed and the tool was not user-friendly. The solution Irdeto was looking for should allow users and approvers to use their mobile phone to take any action: enter expenses – submit – approve, control, etc …

We wanted to free up people’s time. If they are in a restaurant, they can take a picture of their receipt and immediately send it for approval.

Getting away from manual entries was for Irdeto a must. One of the advantages of implementing a mobile, on the go solution is to be able to reduce manual tasks for employees – as much as possible.
“The capacity for the tool to recognise elements and pre-populate the information for you is a big time saver and it’s one of the elements that we liked about Rydoo when doing the demos.”
Rydoo’s OCR technology automatically extracts the date, amount, currency and merchant out of the receipts. Users are only asked to assign the receipt to a cost center before submitting it for approval.

Introducing a new tool in every company can be challenging – at Irdeto, they took it as an opportunity to look at their internal processes and challenge them.
“What really attracted us with Rydoo is that you get out of the expense report process. I go to the cafeteria, I take a picture of my receipt and submit it.”
This change in process and mentality was supported by a team that strongly believed in the advantage it will bring to the company: instant submission of expenses, shorter cycle from expense to reimbursement, real-time overview of company spending etc…

Irdeto deployed Rydoo in 9 countries covering the Americas, Europe, Asia. The project was led by finance teams in each region and overseen by the Finance Controller for the Americas.
Thanks to the great collaboration between the Irdeto project team and Rydoo, the roll out took 8 weeks for all 9 countries including a full Microsoft Dynamics’ integration.
With the 2-way integration with Microsoft Dynamics, all users were imported  in Rydoo and the approval fows assignments were automated. This is a real- time integration meaning that any change in Microsoft Dynamics will apply to Rydoo automatically.

The main challenge was with the phased roll out, we had to train some approvers whose country was not yet deployed but managers were excited about seeing the tool before it was released in their country.

processing time instead of 60 min

Innovation is at the core of Belgium’s leading logistics and transport provider, Lineas (former B Logistics). Through implementing ‘smart technology’ and a ‘better, faster’ mentality with their Green Express Network, it makes sense that they promote this mindset internally to their Europea

The app that made expense reports unnecessary at Deloitte

Deloitte Belgium is one of the first big users of software that automatically and quickly processes their employees’ expenses. This kind of software makes it possible for the finance department to reduce the time spent processing and analysing data in addition to gaining real time insights into em

How to implement Rydoo in a company with over 460,000 employees

With over 460.000 employees and its presence in 72 countries, Rydoo’s mother company Sodexo makes the perfect test case for Rydoo to further develop its methodology for complexer roll-outs in the enterprise market. Growing together and learning from one another are the keywords of this corp-up adv