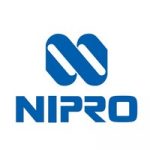 You might not think about medical equipment a lot, but to some people it can mean the world. Nipro is one of the world’s leading companies manufacturing, selling and shipping dialysis machines, and as a truly global company it has offices across the world — from Japan to Norway and South Africa to the US.

We sat down with Hugo Charlet from the European office to talk about making changes to corporate processes, how Rydoo has redefined their digital workflow and why they might start using the Rydoo Travel module in the near future.

One thing immediately becomes clear when we start talking — things used to be very different at Nipro. “We used to do everything with paper, but that’s changed now that we have Rydoo,” Hugo explains. “Before, our sales people would have to keep all their physical receipts, fill out an Excel sheet, print it, attach the tickets to the expense note and bring it into accounting. Using Rydoo, they just scan, approve and get reimbursed.”

We’re always interested in hearing how businesses deal with changing their expense management — transforming a vital company process isn’t a small feat, after all. “The implementation was easy, so we didn’t really need to give a training,” Hugo says. “We just organized a feedback session.” After sending their employees a video tutorial, the company invited them to just play around with the platform and write down any questions they had. As it turned out, there were very little questions and people were already quite satisfied: “They quickly understood that it would speed up their processes, including their reimbursement.”

Putting it to good use

There’s a big difference between pitching a new tool to your team and actually using it every day — while it’s easy to sell flashy features, it can be hard to convince people of their practical use. According to Hugo, however, everything changed when the team got to use the product out in the wild: “After a business dinner and taxi ride, one of our colleagues opened up the app and took a picture of the receipt — and that was it. That got them really excited.”

For Nipro, implementing Rydoo has been about more than just getting rid of paper receipts. When asked what they like best about the product, Hugo replies: “The speed of reimbursement and the fact that everything is now digital. Some countries are putting in place legislation that enforces digital administration and keeping of documents, so we need to follow suit – we think Rydoo will help with that.”

People quickly understood that it would speed up their processes, including their reimbursement

This international focus has also incentivized the company to get started with a global rollout. Nipro is currently only using the platform in their Dutch and Belgian offices, but is looking to expand sooner rather than later: “We have offices in almost 20 countries and we’re looking to deploy Rydoo in 15 of them by the end of the year,” Hugo says. “There are some specific hurdles we have to take for every country that slow down the process a bit, but we learn every day.”

Something else that the team appreciated was Rydoo’s tight integration with SAP, the enterprise software used at Nipro for resource planning. For a lot of larger companies, this tool is what ties together their digital workflows, making it critical that the two work well together. “The consultant who helped us set up SAP had already implemented Rydoo before, so he knew exactly what he needed to do,” Hugo tells us.

After having used the platform for a while, something interesting started to happen — employees asked to see the Rydoo approach in the other tools they used for their job. “They were still using physical signatures for some documents,” Hugo tells us, “but they wanted those to be approved through their computer or smartphone as well. This got us interested in the Travel module.”

One of the most important things for travel booking is keeping everything under control — you don’t want your employees to fly business class when the budget doesn’t allow it, for example. “We really think it’ll help with late bookings,” Hugo says. “Right now, we often have people booking shortly before their trip, sometimes resulting in expensive flights and stays.” With Rydoo, the team is able to approve or deny these requests before they’re booked — something that could end up saving the business a lot of money.

Employee mileage reimbursement is a tricky subject. This blog article series zooms in on all things mileage, so you’ll be an expert in no time!

With the business travel industry on the rise, efficient travel and expense management is becoming increasingly important for companies.

Employee Mileage Reimbursement program - What works best for your organisation

Car allowance program, cents per mille program or Fixed and Variable rate. Employee mileage reimbursement can be tricky, find out the best reimbursement program for your business with our latest infographic.