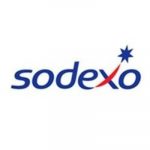 With over 460.000 employees and its presence in 72 countries, Sodexo makes the perfect test case for Rydoo to further develop its methodology for complexer roll-outs in the enterprise market. Growing together and learning from one another are the keywords of this corp-up adventure. Find out about the struggles and successes.

To Rydoo or not to Rydoo

When the French giant decided to invest Xpenditure & iAlbatros back in 2018 in order to create Rydoo, it was already using different expense management tools. “We actually had the choice to continue working with these solutions,” says David Soulé, Travel & Expense manager of the Sodexo Group and leader of the internal project team. “We didn’t take Rydoo simply because it’s Rydoo. We needed a best-of-class expense management tool for our thousands of employees in the first place.”

The team made a technical and functional assessment between the two before taking a decision. “Where Rydoo definitely scored best, was the project support. We love your human approach. The fact that you’re actually talking to someone and not to an excel sheet is something we really value.”

What else was key to make David and the team eventually choose Rydoo? “The fact that you can simply throw away your receipts, definitely! We were also very enthusiastic about Rydoo’s agility and capability to simplify and reduce as much as possible activities with no added value for our employees.”

So, what’s the plan?

Of course, the success of any new process in a global group is very much dependent on having a structured implementation plan.

“On our side, we came up with a process for the whole group, together with our branches in major countries”, David explains. “We listened to their feedback and defined together what this group process should look like. After that, we sat together with the Information Systems & Technology (IS&T) teams and the Rydoo team to collaborate on the implementation of this global process.” The idea was to have one methodology that could serve as a model for all other countries to follow. “That’s what I mean when I talk about Rydoo’s agility.”

Rydoo is such a big improvement. The platform finally made it possible to actually implement a travel & expense policy and to make sure it is followed.

Next, there was a three month challenge period during which Sodexo identified the gaps between its freshly conceived global process and what Rydoo could already cover at that point. Together, we came up with an improvement plan that Rydoo could follow to meet the goals of our process, with certain deadlines, of course.

“We did need to adjust our expectations a bit,” David admits. “The discussions with the Rydoo team helped us evolve our way of thinking and better understand certain expense topics. We didn’t have to adapt too much to our original plan, but we had to understand that certain adjustments would have to wait a bit longer, even if we found them very important at first.” David and the team had for example their own ideas about Rydoo’s reporting module, or shifting some admin rights. “Eventually, we even decided to follow Rydoo’s insights and adopt a different approach on some points. In any case, I can feel that there is always a genuine will to evolve on Rydoo’s side.”

A pilot to take off

After the gap analysis, the project went through a pilot phase in France, which was very well received among the users. In a quality survey, no less than 84% of its employees found that the Rydoo app contributed to the improvement of their quality of life at work, and it received an overall rating of 4 on a scale of 5. Users also reported that Rydoo made it easier for them to understand the company expense policy.

“Rydoo is such a big improvement. The platform finally made it possible to actually implement a travel & expense policy and to make sure it is followed. Before we had Rydoo, ensuring compliance with our policies happened after the payment. This made it difficult of course to make sure people follow the rules. Now, employees can see it immediately when their expense is rejected or their travel booking is out of policy. Thanks to the fact that our employees are now much better aware of our internal rules, we also expect to see a self-saving effect over time.”

This positive feedback has set high expectations for the whole group. “This motivates us to act as fast as possible: last month 6000 users of our French branch have been added to the platform. And this is just the start. If everything goes well, we’ll consider the solution entirely ready for deploy in the rest of the countries.”

The results were exquisite:

of all travel bookings now made online through Rydoo

How Q_PERIOR brought innovation into its expense management process

Q_PERIOR takes another step towards a paperless expense management process. Read how easy the implementation can be.