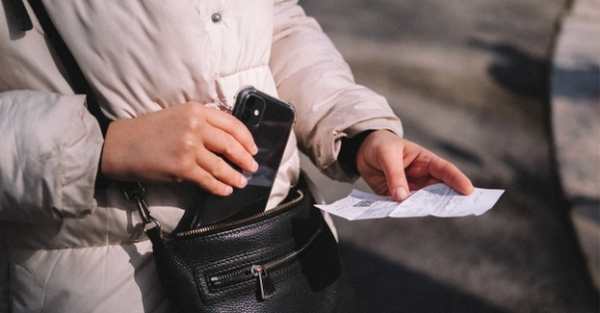 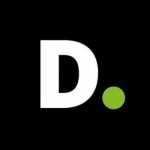 Deloitte Belgium is one of the first big users of software that automatically and quickly processes their employees’ expenses. This kind of software makes it possible for the finance department to reduce the time spent processing and analysing data in addition to gaining real time insights into employee expenses.

Since as early as 2015, 3,000+ Deloitte employees have been using Rydoo to process their expenses via an app on their smartphones. They scan a picture of their receipt and upload it immediately into the Deloitte system. The app analyses the data and extracts the required data for fields including purchase date, amount, supplier’s name and currency etc.

After scanning and uploading, the user can add additional information. “For us, it is very important to constantly innovate our processes and tools, to reduce administration and to increase efficiency. Thanks to Rydoo we know faster how much we spent on a certain project or client. Also we get information about a large part of the expenses during the same month, so we can immediately start to control and process that part. This reduces significantly the amount of work to be done at the end of each month,” says Cindy Peeters, Finance Director of Deloitte Belgium.

Every month, the financial department of Deloitte processes the expenses of all employees. Previously this task had to wait until the end of the month, in addition to expense reports documentary evidence had to be processed. This created a huge spike in workload for the financial team. They had to process the data as fast as possible, so that the company could reimburse its employees as soon as possible. Furthermore, these amounts of money had to be included in the invoicing for clients and also in their own monthly statements.

Thanks to Rydoo employees now digitally submit their expenses in real-time, throughout the whole of the month. Preventing unnecessary spikes in workload and a whole of unwanted stress within the organisation.

Up in the cloud

As soon as the user uploads the picture of their receipt, it will be saved in the central system. At this stage, the receipt won’t be fully processed yet, so you can still add more information if required. Afterwards, the responsible person can approve the receipt. “This makes it possible for companies to know much faster which expenses their employees make, and, if necessary, to prepare the payment.

For us (Deloitte), it is very important to constantly innovate our processes and tools, to reduce administration and to increase efficiency. Thanks to Rydoo we know faster how much we spent on a certain project or client.

This is certainly useful when your company provides cash advances. But even more important is that once you upload your receipts, you can’t lose them. In later stages of the processing we don’t need the paper version anymore. We concluded an agreement with the tax authorities that companies don’t need to keep the paper evidence when they have a digital copy. We try everything to make the expense reports a thing of the past” says Wim Derkinderen, CCO and co-founder of Rydoo.

The application runs in the cloud as a SaaS (Software as a Service). That means the client doesn’t have to make large investments in advance; he only pays a fixed price per user and per month for the hired service. Also, the application doesn’t run on the computers of the company itself. However, the application is connected with the client’s ERP or their accounting software. Cindy Peeters: “Here at Deloitte we work with SAP. We set up a bidirectional interface through which we upload all our data in our ERP. When we then still want to make some changes of corrections in the expense reports, they will also automatically be adjusted in Rydoo. The implementation went smoothly because it is complementary to SAP

During the implementation period of Rydoo, we extensively communicated through posters, company videos, training sessions, and so on. But a lot of users didn’t even need training. The app is very intuitive

Deloitte tried the system in a pilot project in the summer of 2015. In November, the system went live for a group of users who traditionally make a lot of expenses and who have more complex needs. In January 2016, all employees switched to Rydoo’s digital expense processing. Meanwhile the usage of the system is obligatory: everything is being processed and paid digitally.

Users respond in a similar way. The questions they ask are not about the system itself or about the app, but rather about the expense policy. Whereas before they often would try to finish it as quickly as possible without paying attention to the details, they now have to enter the right code. Also, employees are pushed to consider whether all of their expenses can actually be reclaimed. They want to know the rules about expenses better than before. Cindy Peeters: “We notice that our employees find the system efficient and user friendly. Very soon they all find their way into the system, whether they are employees that travel a lot, or those who stay at home to do the administrative work”.

Besides the fact that expenses are being submitted sooner and that controllers can work faster, they can also control more thoroughly, as all the data is digitally available. Cindy Peeters: “The moment the receipt is submitted we check whether the data filled out corresponds to the data on the receipt. Deviations may indicate mistakes, but also fraud and duplicates. We will notice that very soon.
Also, we control in a much more precise and global way: the expense type, the place where the expenses were made, or both. We got to work on the whole process from beginning to end, in order to increase efficiency. Besides, there is a series of built-in controls that work automatically, and the system indicates anomalies we have to pay attention to. This way, we can focus on unjustified expense claims.”

For a lot of companies it’s almost impossible to try to reclaim VAT based on receipts and invoices. At Deloitte however they manage to do so. Cindy Peeters: “In our company we have a specific team responsible for the expenses, both for ourselves and for our clients. But of course, we have a large group of employees that make a lot of expenses.
Because of the volume it is worth paying the effort of creating a team dedicated to expenses. With the new tool however, things are a lot easier. Before, we had to process a lot of things manually; now, it goes much faster. And in order to make things go even faster, we asked Rydoo to add a country field in the app, so we automatically know where we can recover VAT.”

A clear, logical and efficient onboarding process with clearly defined deadlines – everyone working to the same goal.

Digitising the finance department: Find out how you can make expense reporting paperless and crisis-proof, just like Diconium did.

Making sure that your employees love their travel & expense management tool

How to make suer your expense management tool is loved by your employees? Rule number 1: get an user friendly tool. Read More