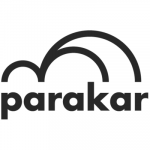 As an employement facilitator in the EU, Parakar has employees and employers all around the world.

Finding an efficient way to manage expenses for every party involved was a pressing matter to keep offering the best possible service and grow in a healthy way without streamlined and scalable processes.

“We had a process where employees needed to fill excel sheets, scan the documents then send them via email for approval to employers before we get them back and take them to book keeping.”

The entire process just took more time and energy than it should. To put it in Marisa’s words “being in an age where there is a tool for everything it was quite clear that we needed a tool for that.”

By performing most of their services in Germany, Parakar was strugling to educate foreign employers about the complex expense regulations in the country.

“Educating employers on the rules of a different country can be challenging, especially when dealing with complex regulations such as German per diems.” They needed to find a tool that could cater for every country they employ in while still being easy to use for the approvers.

It was impossible to grow with our previous process, too many emails and time spent chasing employees and approvers – orchestrating all of that was just took too much of my time.

It was love at first sight.

Automation plays a big role in streamlining and creating efficient processes. Rydoo has invested in developing modules for each country’s specific regulations and most importantly for Per diems automation.

Previously to Rydoo, Parakar had to keep track of all employees’ trips and manually calculate the daily allowances for each one while making sure all relevant expenses are deducted if necessary.

“Rydoo’s built in Per diem module was really incredible – Now we simply tell employees use the app to create their trip and everything will be calculated for them.”

Rydoo has been developed its per diems module together with Deloitte to ensure its compliance with rules from every country around the world.

For germany, the per diem module is updated automatically and available out of the box No more employee training, manual calculation or update of lists.

A platform that grows with you

Parakar has been incredibly successful and this translates into more employees and more clients to service in different countries.

When deciding for Rydoo, they believed the platform will be able to cope and accompany them in this growth.

“We were impressed by the reactivity of the team half a year ago, when our office in Ireland really took off. There was a mileage calculation that I was not able to setup in Rydoo. I reach out to customer success and within a week, the feature was made available to me.”

Rydoo understand the specificities of each country and compliying is part of our commitment to save our clients time and ease their processes. That is why the teams are regularly monitoring regulations in all countries and adapting the platform to always comply.

“I stumbled upon several solutions but with Rydoo, I fell in love – probably because I could instantly see that it was developed with the complexity of our beloved Europe in mind.”

It’s not just a platform, It’s a new way of working

When you implement a platform like Rydoo, the impact on the daily operations of your company is instantly noticeable. For Parakar, this became even more evident when they had to look for a new accounting software and they would only consider platforms that can integrate with Rydoo.

“The time we save and the smooth running of our business and service depends on Rydoo. We can’t do without it so any tool that we would consider for the future needs to integrate with it.”

Parakar decided to implement Exact to ensure a seamless flow between the two platforms. Now, all the expense data gets exported in realtime to their accounting software making it much easier to bill customers.

The world of expense management is fascinating. It is also a relatively new industry built on the back of the powerful smartphones most of us carry around in our pockets. Go back a mere 10 years and a business like ours could not exist.

An Expense Policy is an essential requirement for any company. Chris Walker found the solution to ensure employees comply with their expense policy.